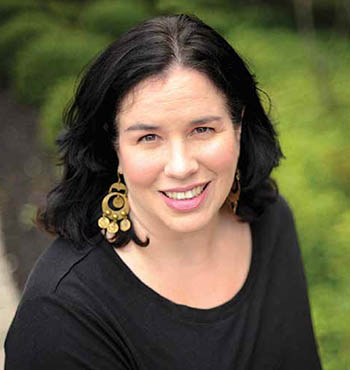 Bluffton had sent two groups of students to Botswana for cross-cultural experiences, but there was no ongoing faculty leader until Kate Spike joined the faculty in 2010. When she traveled to southern Africa with students for the first time in May 2011, she was shocked by what she saw in the rural, landlocked country.

“It’s a little rough. They don’t have plumbing; most of the homes don’t have electricity,” Spike said. “Most of the homes are not insulated, so it can get really cold at night,” she added, noting that in May, Botswana is entering the winter season, leading to temperatures below 50 degrees.

After her initial visit, Spike changed the focus of her doctoral dissertation to address the problems of the country’s education system. While Botswana’s official language is English, only about a third of the population speaks it. After second grade, schools only teach in English, and many children fail because they are unable to understand the material.

“For children in the rural villages, it’s very hard to do well enough to actually go on to school” beyond the elementary level, she said.

Spike returned with students in 2013 and again this year. They spend two weeks in the agricultural village of Pitseng,  population 2,200, where they experience the life, work and worship of a community led by a chief —currently Kgosi Mafhoko, a visitor to Bluffton in 2011— who is advised by elders and other village council groups.

“The Mennonites actually have a really long relationship with Pitseng,” the assistant professor of English said. Elders have related that a Mennonite who came in 1979 worked with them to create a borehole that bore water and centralized dispersed people into the one village. Mennonites are also credited with establishment of the “kgotla” (the center where the chief works), the first school buildings and a clinic. Today, Bluffton groups continue that legacy of service by sharing the burden of farming and chores during their stay with host families.

“You’re in one place” during the few weeks in Botswana, Spike noted. “It’s very different from some of the other experiences where you’re going lots of places.”

Although Botswana features political stability and a growing economy —with a GDP per capita of $7,700— the country has been hit hard by the HIV/AIDS epidemic. Located just north of South Africa, it has the third highest rate of infection in the world, with an estimated quarter of the adult population living with HIV/AIDS.

In 2013, the Botswana group from Bluffton started the Pitseng Internet Project, where they consulted with the village leaders to bring the Internet to the village. The group raised money for three laptops, Internet modems and a host of educational programs to be loaded onto donated computers in the school’s computer lab.

“There were so many things about life there that surprised me, and I was confronted with my own assumptions,” Spike acknowledged. “I didn’t expect that I could be moved so deeply by a short-term experience.”