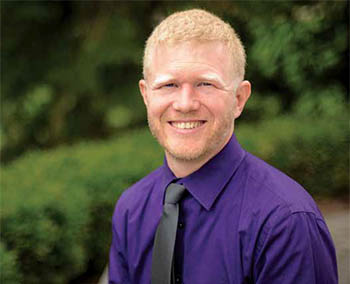 Ready to go back

Last summer, Dr. Rudi Kauffman packed up several months’ worth of belongings and, along with his wife and their two daughters, boarded a plane for Guatemala to prepare for the university’s newest semester-abroad opportunity.

Nearly a year later, the associate professor of restorative justice is ready to return “as many times as they let me.”

Building on groundwork laid by Dr. Lynda Nyce, former director of cross-cultural studies, Kauffman and Dr. Paul Neufeld Weaver, current director of the cross-cultural program, began considering Guatemala for a semester-long experience just a year before the first students traveled there. After visiting and establishing connections with the Latin American Anabaptist Seminary (SEMILLA), they agreed that Guatemala had the potential to be a fulfilling experience both for students and the supervising faculty member.

“We knew they had already done programming with Mennonite colleges and had home stays in place,” Kauffman said of SEMILLA.

For the first half of the fall 2015 semester, participating students lived in Guatemala City, the capital. During the day, they attended Spanish and history classes taught by SEMILLA’s Central American Study and Service program, while at night they stayed with local families.

For the rest of the semester, they did service work —usually outside the city— and stayed, in most cases, with new host families in a more rural environment.

“Guatemala suffers from poverty and instability induced by civil war and obstructive foreign policies,” Kauffman said. As the U.S. attempted to defeat communism globally and protect its interests abroad —most notably the interests of the United Fruit Co.— the CIA aided in a coup against democratically elected President Jacobo Árbenz in 1954, he explained.

“Instability grew for decades, with training and arms supplied to paramilitary organizations. With the ‘peace accords’ of 1996, those organizations have been retooled as instruments of drug cartels, which exploit the instability.

“There are still many who are missing from this time —they are known simply as ‘the disappeared,’” he noted. “The students’ field placements were predominantly in the indigenous villages where the violence of the civil war was most acutely felt.”

Despite Guatemala’s past and the lingering ramifications, Kauffman, his family and his students had an enriching experience.  “In a land filled with many different cultures, languages and environments, there was an obvious, deep and touching common experience of hospitality,” he said. “This is exactly why I teach at Bluffton,” he added.

“For my family, our goal was not to find some safe little place to hunker down and live; we wanted to live and grow with  students,” and Guatemala “did that very well.”

Even today, his daughters, Greta, 9, and Sophia, 8, refer to the female students who were part of the experience as their big sisters, and every night they pray for the students as part of the family, Kauffman said.

“The value of the cross-cultural experience is that it allows us to find new ways to love God and to love our neighbor,” he said. And after such an experience, “everything looks different.”