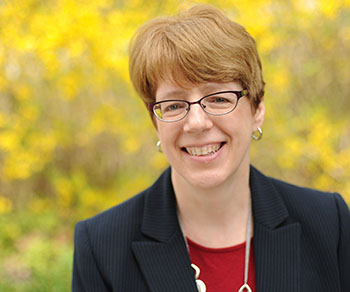 Dr. Cynthia Bandish’s first experience as a cross-cultural leader was just two years ago, when she led a group of Bluffton students to China in May 2013.

“It seemed like a wonderful opportunity to get to see this country that’s in the news a lot as a big U.S. trading partner, and has this group of people that we don’t see regularly in northwestern Ohio,” she recalled thinking when she was asked to lead the Bluffton contingent.

“The China experience is very urban, unlike some others,” the associate professor of English said. “In China, even a city of a million people is not that large because there are 1.3 billion people.”

While there, the group spends time in Beijing, Xi’an, Chengdu and Shanghai, each of which has a population of more than eight million. (By comparison, the largest city in the United States, New York, has a population of roughly eight million, followed by Los Angeles with fewer than four million.) However, the Bluffton students also get a taste of agricultural life by visiting a
rice farm and a panda research center.

The group also visits several schools, including middle and high schools as well as universities, to observe classes and answer questions from curious students. Teaching faculty from one of those universities, China West Normal, visited Bluffton in 2012 and 2014 as part of an ongoing exchange program between the two universities.

In addition to staying with host families, Bandish and the group visit historic sites such as the Great Wall, Tiananmen Square and the Forbidden City.

A key part of the experience is also to observe how the Western world has influenced the rapidly industrializing nation, she noted. For instance, the number of cars on the streets has dramatically increased, leading to more air pollution.

“You do often have smog over the city,” Bandish said. But she hasn’t experienced “anything like we see in the news where people are wearing masks, and it looks like nighttime when it’s daytime,” she added. “Still, after being in the city for a day, you could feel either burning in your nose or burning in your lungs.”

For Bandish, being immersed in the Chinese culture, living with host families and visiting schools are ways to build relationships and to better understand China beyond news chatter about industry, outsourcing and debt repayments. “This is a way to humanize that relationship,” she said.

Bandish couldn’t wait to return with a new group of students in May 2015, in part to catch up with the host families. “We were surprised by how friendly the people were in China,” she said. “I wonder whether we would be as welcoming if a group of Chinese tourists went into one of our large cities.”