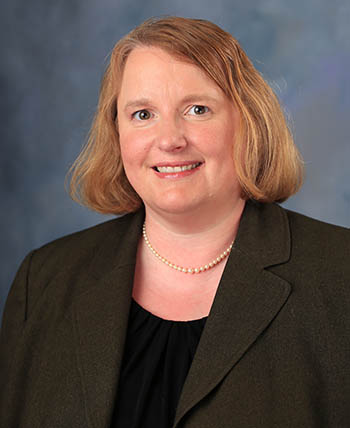 What’s the best piece of advice you’ve ever received?
My mother once advised me to never buy anything cheap, and I try to follow her advice whenever I can because there is no such thing as “cheap.” Usually the costs of cheap products are enormous. Someone always pays, usually the poor in developing countries who have to labor in horrendous conditions so people in the West can buy T-shirts for $5.

What memorable moment in your life shaped who you are today?
I think anyone would be hard-pressed to reduce a lifetime of personal and professional growth to just one moment, no matter how memorable. But if I had to single out one experience, I would say that the Catholic school for girls I attended in Germany shaped me in decisive ways. I remember the Catholic sisters who taught there as caring, disciplined and feminist. The sisters instilled in me discipline to persevere in all things along with a lifelong desire for learning. In some ways, I never quite left the school because today my primary research focuses on Catholic sisters in Nazi Germany.

What new interest(s) are you pursuing?
I am not quite at the point where I can pursue new interests, but once my book manuscript is finished, I plan on focusing on a new research topic, although I am not really sure yet what it will be. One possibility is food. This past spring, I taught a class on the history of food, and I may undertake more serious research on this topic in the future.

If you could sit down and chat with anyone—living or dead—for an hour, who would it be and why?
As a historian, I generally prefer my subjects dead but then again, who hasn’t fantasized about time travel? I would probably choose one of the German sisters I am researching to find out more about what it was like to live in Nazi Germany. My second choice would be the ancient Roman woman Livia, the wife of the Roman emperor Augustus, who has been vilified in ancient and modern literature (written by men) as a domineering wife and ruthless poisoner who stopped at nothing to get her own son Tiberius on the throne. Women’s voices often get lost in history, and it would be intriguing to hear her side of the story.