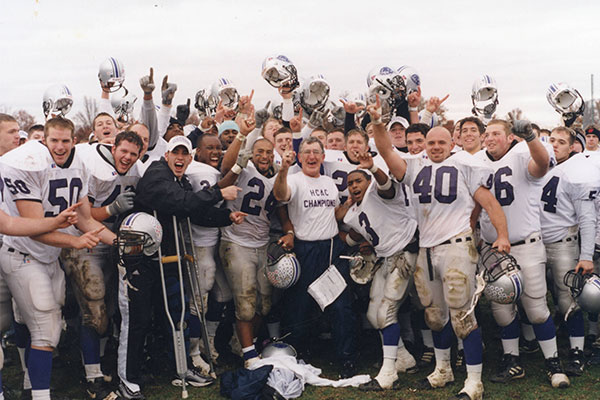 To celebrate Bluffton’s 125th anniversary in 2024, the university is producing an enduring collection of oral histories and interview transcriptions. The audio collection and subsequent book will explore Bluffton’s history through the experiences of its alumni, current students, faculty, staff, living presidents, trustees and community partners.

The oral histories will serve as a sequel or addendum of sorts to Bluffton’s official history “Dancing with the Kobzar” by Dr. Perry Bush which was published in 2000. “Dancing with the Kobzar” covers everything from the events leading up to the founding of the college to its centennial year. Kobzar and other histories focus on the administrative story or larger movements on campus.

In contrast, the 125th anniversary project examines global, national and local events on a personal level, and explores how the personal experiences of the Bluffton campus community affected the personal and vocational choices alumni and friends made throughout their lives. One hundred twenty-five interviews are being conducted in celebration of Bluffton University’s 125th anniversary. 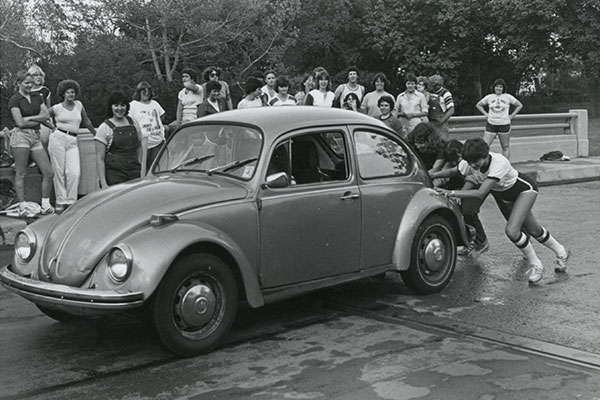 George Rable ’72, a history graduate, decided to share his Bluffton story because it was where he found his calling and met his wife.

“I always say 1968 was the most important year of my life,” said Rable.

Ruth Naylor ’70, an English major, looked back on the good fortune of earning a Bluffton degree.

“It had seemed to be completely out of my family’s financial means,” explained Naylor. “But God and the college staff paved the way.”

And Michelle (Lehman ’75) Snyder, who grew up in Las Vegas before coming to Bluffton, hoped to inspire future generations of Bluffton students with diverse upbringings and backgrounds.

“Going from the desert to Bluffton was a real change. There were no mountains, but there was green everywhere you looked, and it rained for the first 24 hours I was on campus,” shared Snyder. “It was a big culture shock, but I still felt comfortable.”

These are just a few of the stories relayed to Samantha Shrider, a 2012 history graduate, during oral history interviews she conducted over the past year. Shrider, advancement associate for grants and alumni/donor relations at Bluffton, is heading up the project, which is funded by a Council of Independent Colleges NetVUE grant.

In the field of history, Shrider explained, oral history projects are debated because they rely on memory and memory is not always accurate. However, she believes the individual story of each member of the campus community is what truly makes Bluffton a special place.

“It’s important to collect oral histories, to collect memories,” said Shrider. “It’s the closest we’ll ever get to time travel. To hear somebody talk about Bluffton in the 1970s or 1980s or whenever gives us a perspective that, when all combined, builds Bluffton’s larger historical picture.”

So far, she’s interviewed alumni from as far back as 1951 to current students. She starts each interview with the same series of questions, but participants can truly make the experience their own. Many of the same themes come up: the direct impact of professors and experiential learning opportunities such as Howard Raid and the Bluffton Slaw Cutter Company, pranks students pulled on each other and overcoming the odds through athletic competition.

“The fun thing I’ve noticed is over time college students really haven’t changed. Students in the 70s were excited about or complaining about many of the same things as our current students,” said Shrider. “It’s fascinating.”

The book will be available in 2024; however, audio recordings of many interviews can be found at www.bluffton.edu/memory.