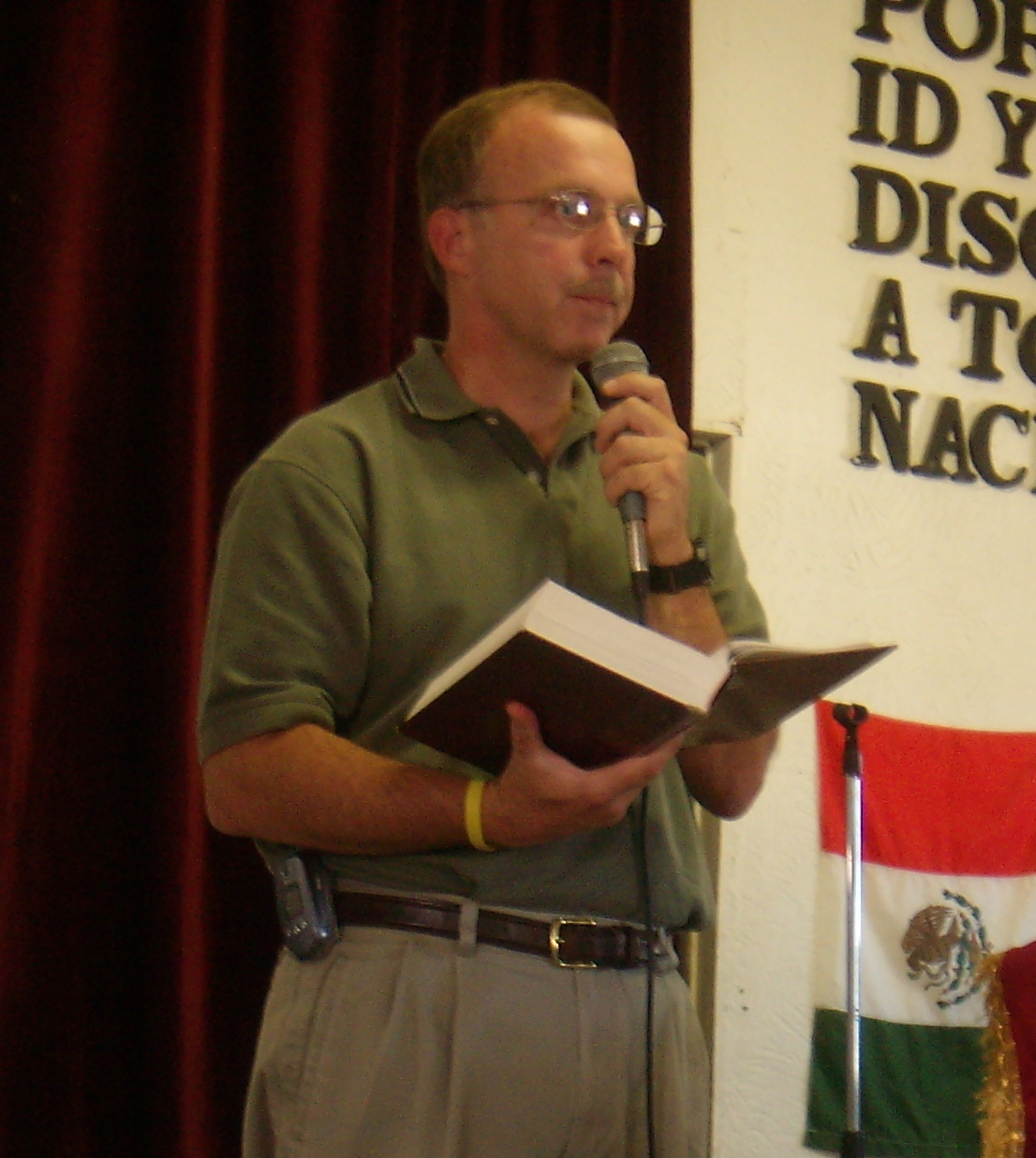 What qualified as a leap of faith at the time, in 2006, has helped create ongoing ripples and relationships from Lima, Ohio, to Tijuana, Mexico, and back. Ted Bible's weeklong mission trip to Tijuana that August was only the first of 10 he has now made to the Mexican city. And some of his fellow parishioners at Lima's Forest Park United Methodist Church have joined the mission effort, not only in Mexico but also in other international and U.S. locales, including their own backyard in Lima.

Bible, a 1996 Bluffton graduate and the university's director of adult and graduate studies, needed only six credit hours of electives in spring 2006 to complete his master's degree in theological studies at Winebrenner Theological Seminary in
Findlay, Ohio. When he looked at the spring class schedule, he recalls, two options interested him—a course called The Church in Mission, followed by a summer mission trip to Tijuana to apply what the course had taught.

"I knew those courses were going to change my life," he says, although, he admits, he was amazed that they "jumped off the page at me." That was because he had little experience, or interest, in missions, which hadn't been a focal point in churches he had attended.

Required to complete a form about gifts he might bring to the mission trip, Bible questioned his ability to contribute. But he learned that the work involved more than he had thought. In addition to building- and construction-related tasks, participants "taught," in the form of sermons presented at churches and a drug rehabilitation center; purchased and delivered food to needy families; distributed water and snacks to people working and "scrounging" at the Tijuana landfill; and led a Sunday school-like children's ministry.

He discovered, he says, that "even though a person may not be gifted in certain areas, there are lots of different things people can put their hands in."

Overcoming the language barrier with the help of interpreters— and some English-speaking locals—Bible gave the first of
what have become regular sermons and built bunk beds at the rehab center using existing templates. "Every minute was
a new experience," he remembers, noting a saying that "God doesn't call the qualified; he qualifies the called."

Two months later, as he and his wife, Jean, were preparing to host a group from Forest Park at their Lima home, she suggested that he share photos of his trip. He did and, when he was done, someone asked if he would return to Tijuana. He replied that he would love to go back, and would love to go with others from the church. If you coordinate it, came the response, you could probably get a group to go.

So he checked on possible trip dates with Companeros en Ministerio (Partners in Ministry)—the Church of the Brethren-affiliated organization that worked with his first mission delegation from Winebrenner—and held an informational meeting. While some of those who were interested had qualms similar to Bible's before his first trip, 14 Forest Park parishioners ultimately went to Tijuana in August 2007.

The call then, as now, is "to step outside your comfort zone and be amazed how God will use you," says Bible. He recalls one small group of women from the church that sat down with Mexican women in the rehab center; heard their stories about  drugs, childhood abandonment and abuse; and promised to continue praying for them after returning to Lima. "They weren't the same after that," he adds.

"You build relationships with people, and you want to go back and see them," says Bible, who has gone to Tijuana twice a year for the last three years.

But the church's mission field has also expanded, notably in its own neighborhood, since the question of what it was doing locally arose after the first trip to Tijuana. "We've been able to take some of what we've experienced in Mexico and transition that to our community," he says. Examples include serving meals at the Lima Rescue Mission and Our Daily Bread Soup Kitchen, and involvement with the annual Big Day of Serving. On that day the last two Septembers, a combined 500 volunteers have done landscaping work at about 130 east Lima homes, according to Bible.

In July 2010, Forest Park also created the Lima-Area Missions Weekend—a "mini-missions trip without leaving town," he says, in which the first big project was pulling weeds and trimming tree branches at Lincoln Park, a city park a few blocks from the church. The church then partnered with the city to adopt the park, adding litter pickup and mulching around trees to its maintenance work on the first Saturday of each month from April-November. Erasing graffiti was also part of the plan originally, but that has largely disappeared on its own because of increased pride in the cleaned-up park, he says.

In September 2010, the director of the Allen County Children's Developmental Center came to Forest Park with a large sheet of paper bearing handprints of children thanking the church for its efforts in the park. Located in Lima Memorial Hospital across from the park, the center had been using it for a playground, Bible explains. The state said that couldn't continue because of the park's poor condition, but the cleanup enabled the children to stay there.

That involvement of people who haven't gone to Mexico, but have become involved locally because of the initiative there, is particularly gratifying, says Bible, who now chairs the church's missions committee. "That, in many ways, is the best part about it," he says.