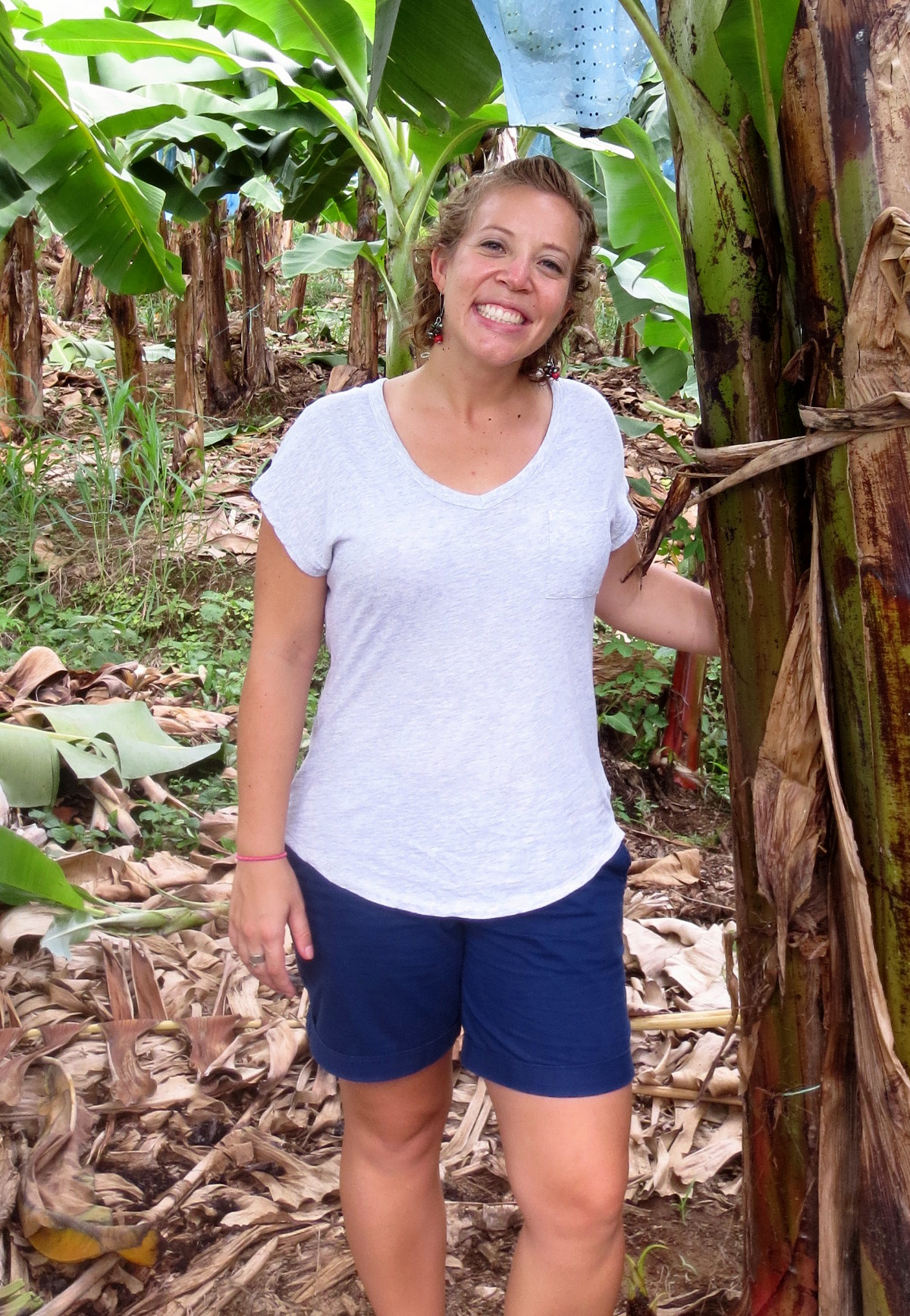 Laura Frey has gone to Costa Rica every year for the last five years and, this time, she can see herself staying for the next
five years. "I don't really see anything now that would take me away from this job," says the 2009 alumna, referring to her role
as program assistant in the Latin American Studies Program (LASP).

Frey studied in the program as a Bluffton senior and Spanish major. in fall 2008. "When I was a student, I fell in love with everything" about the experience, she says. She also passed the "tryout" of sorts for an internship, which is offered
annually to someone who has been a student in LASP.

She served the 10-month internship from August 2009 until May 2010, when she returned, reluctantly, to Ohio. "I didn't
want to leave Latin America," she recalls, but she did want to pay off her student loans and had already interviewed for
a teaching position via Skype. "One day after flying back to the U.S.," she adds, "I had a job," as a Spanish teacher at
Montpelier (Ohio) High School, 20 miles west of her native Pettisville.

Last spring, nearly three years later, she learned about a full-time opening with LASP, which is part of the BestSemester program offered by the Council for Christian Colleges and Universities. She applied both for the program assistant job and for an English- language teaching position in Spain.

Getting the job offer in Costa Rica "made the choice easy because this is what I wanted all along," says Frey, who has also vacationed in the Central American nation.

In LASP, students travel to the Costa Rican capital of San Jose, where they live with a host family while studying Spanish for the first six weeks of the semester. They also learn more about such topics as theology and Latin American history and politics in lectures by, and discussions with, prominent Costa Ricans.

The students—13 are enrolled this semester—then spend about 10 days in neighboring Nicaragua, where they also stay with a host family and learn about that country's history before returning to San Jose for a two-week seminar on faith and practice. Talking with theologians and missionaries, they are asked, "You've seen all this; why does it matter?" Frey notes. "How does your Christian worldview affect how you interact with reality?"

She is in charge of a Spanish language and literature concentration during the students' final month in Costa Rica, when they live in a community outside the capital. Throughout their experience, she also handles health concerns and documentation, and addresses general well-being and support, which she describes as "being available as they process and go through everything they're learning.

Being in that position "feels like a gift," says Frey, explaining that she enjoys developing good relationships with program
participants, being a facilitator for them and watching them grow during the semester. "That, for me, is the best part, helping other students to have a similar kind of experience" to hers in 2008, she adds.

She doesn't miss the United States from a cultural standpoint, says Frey. She liked teaching, she continues, but was so focused on work that she had difficulty balancing it with her personal life. "When I think about the States, I just feel stressed," she acknowledges, saying that technology keeps her in touch with family and friends.

She hadn't considered opportunities outside the U.S. until her first overseas trip, with her high school Spanish Club to Spain in
summer 2004. Her teacher showed his students that travel "could be part of your life," she recalls, saying the experience "lit a spark in me."

"I was pretty much addicted at that point,"admits Frey, who shared her love of travel with a group of high school students in July 2013 by taking them to Spain, as well as London and Paris.

Thoughts about studying abroad convinced her to take an intermediate Spanish course during fall semester of her sophomore year at Bluffton, where she started as an education major. The class, with an "amazing" instructor—former faculty member Jessie Oliver—made her realize how much she loved Spanish, which became her major that same semester.

She hasn't regretted that decision and, now, after more than seven months back in Costa Rica with LASP, "I would like to stay," Frey says. "I believe a lot in what we do here."