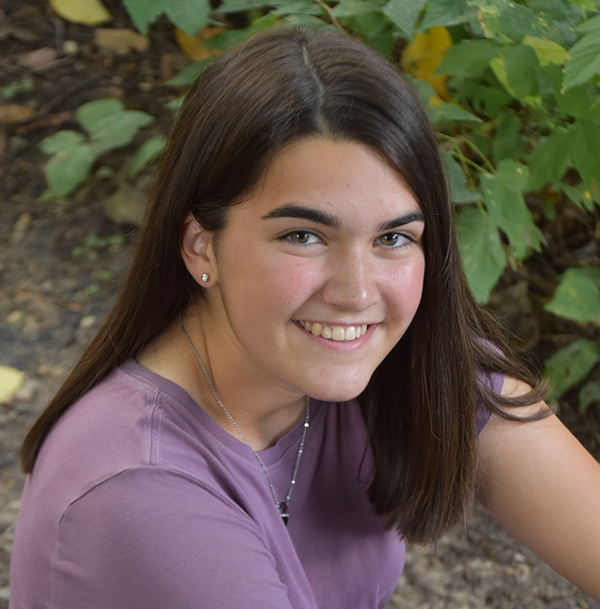 Eliza Reedy is a writer from St. Paul, Minn. and member of St. Paul Academy’s 2019 graduating class. She will attend college this fall to pursue cognitive science. In her free time, she likes to run cross-country, ski and paint.

A gift from my Uncle Mark for my 14th birthday, the large jar serves its purpose well whenever I need a weird trinket to briefly entertain a guest. The earth forming the bottom half of the jar is layered with soil and rocks, and a few roots are visible poking out of the bottom. The plants inside it used to be diverse and abundant, but more slowly than I could notice, they’ve died and become part of those layers of earth, clearly defined and seemingly retracting from the walls of their glass home.

My uncle told me that I could leave the jar for months without watering it, as long as I don’t open the jar. The lid is screwed on tightly so water vapor doesn’t escape the mini-ecosystem. Mostly I don’t water it but sometimes I find a little extra water in a bottle I rarely use, and crack the jar open, not really for the plant’s well-being, but so that I don’t have to walk all the way to the bathroom to dump the water out. A thin, twisted piece of twine wraps around the jar and ties itself in a messy knot just below the lid, which is further held in place by the books that I haven’t gotten around to reading yet, sitting stacked on the jar and all resting on the seat of the red chair that’s too short for me now.

The thinning of the vegetation due to my not-exactly-consistent watering was led to the accentuation of the jar’s central feature: a raccoon skull, maybe six inches long. I don’t really want to know how the man in Nebraska who makes these terrarium-like jars came upon it. When I show the jar to a guest to distract them from the disorganization of the rest of my room (or house), I always tell them that it is a real skull. Sometimes, people ask to touch it, and I open the jar to let them, but then I close the jar again without adding water.