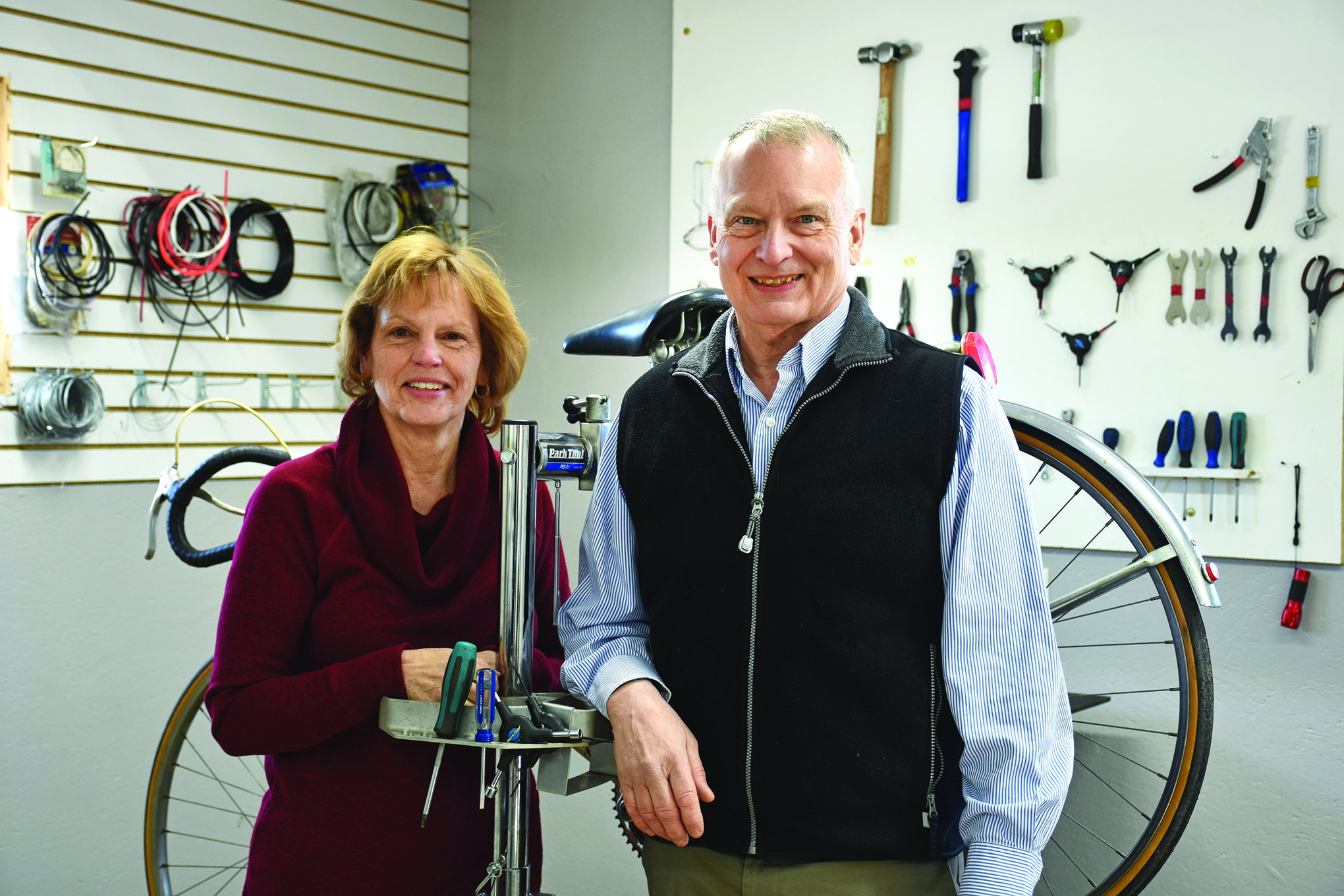 In Lima, Ohio, there are agencies that fill the need for hunger, clothing and shelter. But a few years ago, Larry and Ginny Cress, both retired educators, realized there was a gap in transportation needs.

“When people leave a halfway house, they are supposed to get a job right away, but of course most don’t have licenses,” explained Larry. “Job and Family Services sponsors transportation for 45 days, but when the transportation money runs out, the people we see were losing their jobs.”

So the couple, who have a passion for service and an interest in bicycles, started The Wheelhouse, a Christian bicycle cooperative, in the basement of Elm Street Church of the Brethren in Lima. The ministry quickly expanded, grew out of its original space and moved into a newly-built location behind the church. In 2018 alone, the ministry repaired and donated more than 150 bikes.

A simple idea takes off

The idea for The Wheelhouse started during the 2013 Mennonite Church USA convention in Phoenix where Larry visited a bicycle ministry. After multiple weeks of providing support with Mennonite Central Committee’s SWAP (Sharing with Appalachian People), the couple also wanted to serve in a way that was easier on the knees and closer home. The Wheelhouse fulfills both of those requirements.

The ministry is run similarly to Habitat for Humanity. Bike recipients are referred from agencies such as Job and Family Services, an appointment is scheduled and participants are required to help repair their bike.

“So they’re vested in the bike, and it also gives us a chance to talk with them and build relationships. We invite them to church,” explained Larry. “A lot of times, we get multiple chances because unfortunately bikes break down. They’re built to be ridden 30-50 miles a month. These guys ride them 30-50 miles a week.”

The recipients are also given helmets, locks and lights along with the bikes. The facility can hold 100 bikes at a time, but because of wear and tear, many donations are used for scrap parts. Each bike is fitted to the rider. At first, the couple thought they would fix up 50 or so bikes a year. Instead, 160 were repaired and distributed in the first year. This volume of work is completed with a team of weekly volunteers who regularly serve at The Wheelhouse.

Responsibility to the world

Ginny says service was emphasized during her years at Bluffton, but she really started reflecting on her education after a prompt from Dr. J. Denny Weaver, professor emeritus of religion.

“He said ‘What is it that college gave you?’ I can’t point to one specific thing and say that is what I learned at Bluffton, but I know I learned how to think about the world and how to find my place in the world. My responsibility in the world.”

Through The Wheelhouse and their many years in education, the Cresses are following through on that responsibility. 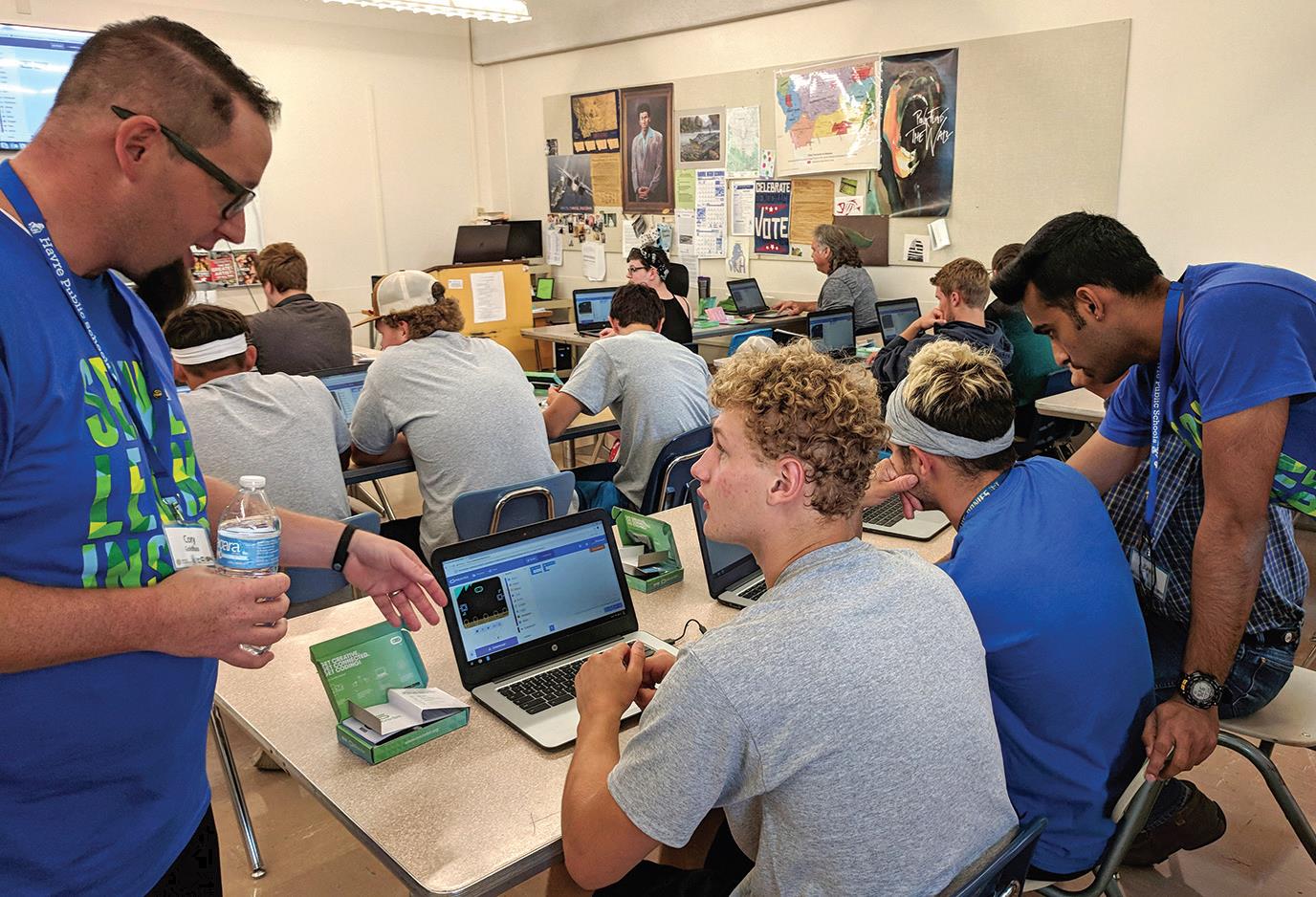 During his junior year at Bluffton, computer science major Cory Goldfuss ’03 immersed himself in the Jamaican culture. The experience is something that made a lasting impact. “I still have the journal we kept,” said Goldfuss of Woodstock, Ga. “Even today, I pull it out and reflect on the experience I had and the connections I made.”

Goldfuss and an international team of VMware employees updated infrastructure and accelerated the use of technology with a rural school district in Havre, Mont. One-third of the student population in the district is American Indian with more than 30 tribes represented. The team also spent a day at the nearby Chippewa-Cree Rocky Boy’s reservation, which has the largest tribal representation at the school.

“One thing that was very impactful to me was that just 10 percent of the experience was the work—updating technology, installing networking switches and upgrading virtualization—90 percent was being in the community,” said Goldfuss.

The team also explored Glacier National Park with community members and connected with students and teachers during a technology fun day.

“The teachers and students took time out of their summer vacation for this day,” explained Goldfuss. “Seeing the students’ excitement and the joy on their faces as they were learning to do hands-on technology was awesome.”

The experience also provided Goldfuss with an opportunity to give back to Bluffton. At VMware, employees who contribute 40 hours of service learning in a year are eligible to recommend a donation to any nonprofit. Goldfuss chose Bluffton.

“I immediately logged into the system to see if Bluffton was on the list, and I requested the gift to be specifically for Bluffton's cross-cultural experience,” Goldfuss said. “It was an easy choice for me, and I’m excited to see it go there.”

Now back in Atlanta, Goldfuss is able to reflect on both his time in Jamaica and Montana.

“Something I learned at Bluffton that has stayed with me—it’s far more than just you in the world,” explained Goldfuss. “Everything you do in your daily life or career could have an impact on the other side of the world.” 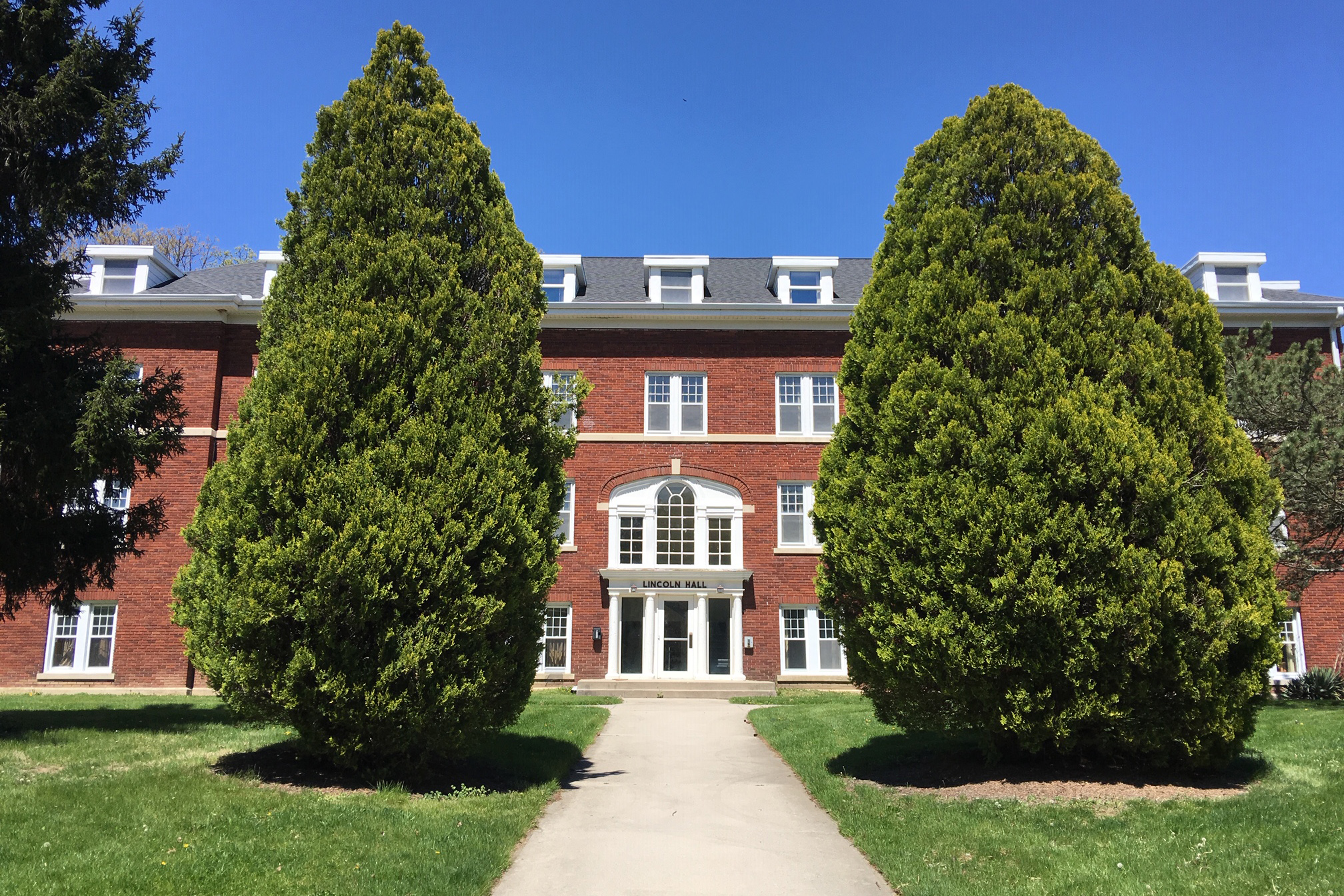 Bluffton’s first residence hall for men opened in early 1924 and was named after U.S. President Abraham Lincoln. A presence near the center of campus for nearly a century, Lincoln Hall will endure in the memories of many Bluffton alumni and friends.

While the cornerstone was inscribed with the words, “Dedicated to God for Men, 1923,” at times in the 1940s and 50s, women lived in Lincoln Hall. It was also home to the university’s first student computer lab during the mid-1990s.

Lincoln Hall closed its doors following the 2011-12 academic year and was demolished in December 2018. However, the memories remain as do a number of artifacts held in the cornerstone including: a Bible, editions of “The Witmarsum” and “Bluffton News” newspapers, college and seminary catalogs, coins, correspondence, and lists of alumni and committee members.

Take a walk down memory lane. A digital timeline of Lincoln Hall can be found at https://libguides.bluffton.edu/lincolnhall. Pictures, artifacts, and past editions of the ISTA and “The Witmarsum” can also be found in the Bluffton University Memory at www.bluffton.edu/library.