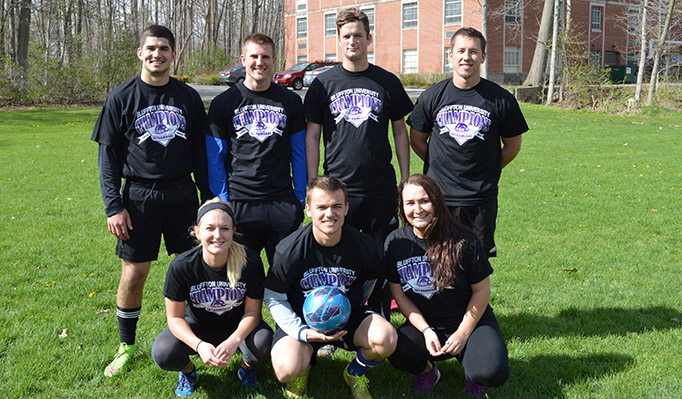 Intramural soccer will consist of two 15-minute halves. We are allowing the teams to be co-ed teams with no specific gender requirements. The game will consist of 6 players from each team on the field with NO goal keeper. The clock will run continuously except for injury and official's time outs. Half time will be 3 minutes. The team with the most goals at the end of the game will be declared the winner. Games that are tied after regulation time will have penalty kick (PK) shootouts from 15 yds out. You will select 4 players to take the PK's and if there is a tie after this the other people on the team's roster will shoot until somebody misses.

There are no gender requirements for this intramural competition. Men, women or co-ed teams. All are welcome!