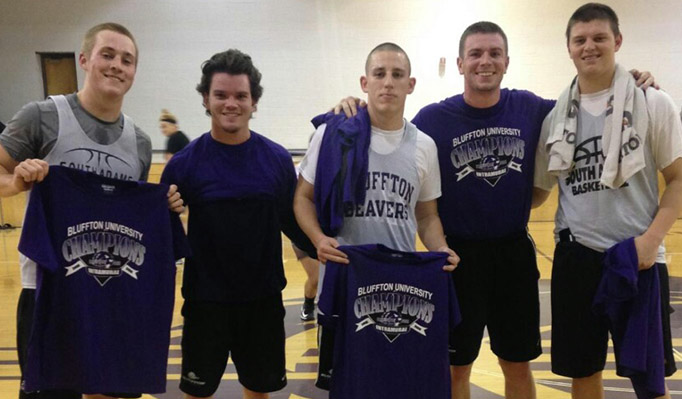 The rules of the National Federation of College Athletics Associations will apply in all cases except where special intramural rules apply.

At the completion of the game each captain must sign the score sheet.

Teams must provide their own ball. If neither team provides a playable basketball, the game shall result in double forfeit.

If a player receives one technical in a game, they will be ejected from that game and subject to a disciplinary hearing,

Nights and dates of play will depend on the popularity of the season; women will have their own league if there is enough interest. With enough teams, we will again be having two levels of play (A league and co-ed league)

Teams will be limited to 10 players. If you have any questions, please contact Michael Bryan, bryanm@bluffton.edu.