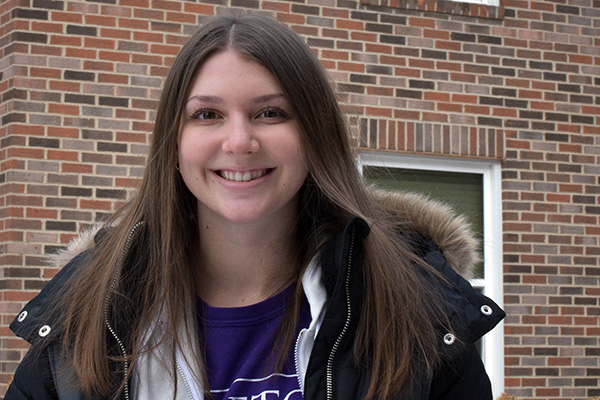 Kayla Ferguson completed a field experience at the Juvenile Detention Center in Lima during fall semester, then continued volunteering through winter break.

Kayla Ferguson ’22 came to Bluffton University to study psychology, but as her academic advisor got to know her better, it became clear Ferguson was passionate about advocacy.

“Deanna [Barthlow-Potkanowicz, associate professor of psychology] convinced me to take Intro to Social Work,” said Ferguson. “I fell in love with it.”

Now a psychology and social work double major, Ferguson completed her first field experience at the Juvenile Detention Center in Lima during the fall 2020 semester. The requirement was for 30 hours, but Ferguson enjoyed the experience so much that she continued volunteering at the JDC through Bluffton’s winter break.

“When I told people I was interning at the Juvenile Detention Center, they would be like, “Wow, that has to be scary.’ Initially I thought that, too. But it was so inspiring to be there because the students were always talking about their futures,” explained Ferguson. “We didn’t focus on what they were in there for, we talked about moving forward.”

Ferguson shadowed the facility’s clinical director and case managers in the treatment portion of the facility. She often sat in on small-group therapy and life skills sessions or worked with the five students in treatment.

“Every time I went in, I could see with their eyes that there were smiles on their faces,” said Ferguson. “I valued the experience so much.”

This spring, Ferguson will complete a second 30-hour placement before starting her semester-long social work field experience in her final semester. Through the placements, Ferguson hopes to better narrow down the path she will pursue following graduation.

“There is so much I can do with both majors, but I’ve already learned I really like working with adolescents,” said Ferguson.

A native of Pandora, Ohio, Ferguson chose Bluffton in part because it was close to home. But when she mentioned it as a top contender, “people would always talk about the great community at Bluffton.”

Despite health and safety measures implemented on campus due to COVID-19, Ferguson said she feels the community aspect of campus life remains strong.

“I love how supportive this community is, especially with everything going on in the world right now,” said Ferguson. “This year opened my eyes a lot, and Bluffton has done a great job showing me, and everyone, how much they care.”

Ferguson attends Multicultural Student Organization meetings and enjoys participating in campus events such as the Red Sand Project. She previously worked in admissions, but this semester, Ferguson is doubling down on her academic commitments. 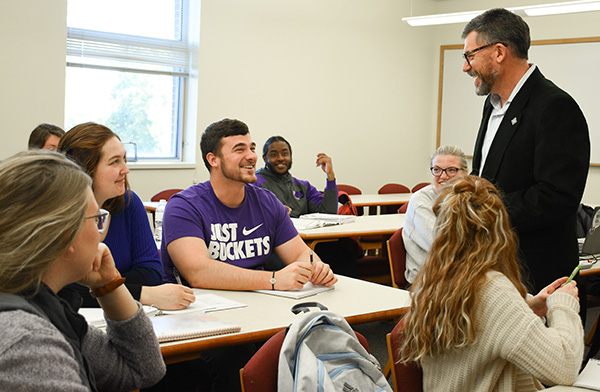 If you are curious about how the world works and want to make it a better place, we want to help you do just that.