The man's hand caressed the iron hull.
His eyes set on the deck above.
A jagged hole,
fresh from the freighter that rammed
this once glorious vessel.
But it wasn't the hole that left this ship empty -

The boys didn't balance on the foot yards or
climb the ratlines.
Instead the rigging was frayed.
With no students to learn,
the labels were washed away,
The empty rigs abandoned,
groaning and clanking.

The newest Green Hands weren't blindfolded,
stumbling around on the slippery deck.
They weren't practicing their knots
or learning the ropes.
The only sound on board were the chills
that whistled through the ship cracks.
The oil lamps from the port,
cast a lonely glow.

The ship was a damp waste land,
there was no squish of water under little feet.
No motion aboard but the dripping of water from the
shredded sails above.
He looked below,
could they be hiding,
playing tricks?

He stumbled through the mixture of sweat and salt,
down the stairs,
into the belly of The Georg Stag.
The bunks were suspended by chains,
springs as rusted as the hull in late season.
The bedding was gone,
the water beneath the bunks up to his ankles.

The cold ascended through the veins of his toes up to
the back of his neck.
The space alone was a serpent.
He couldn’t see who was watching him
but he could hear their hissing in the sizzling lamps,
their laughter in the chains that rattled
with the wind, which spilled
from the gaping hole to his left.
The guilt slithered around his neck like a noose,
trapping him in his own purgatory.
He stalked through the bunk rows -

A storm brewed overhead,
normally the boys would scatter and hop to their posts.
Lanyards half weaved,
forgotten on their bunks -
But there was no shouting or banter.
No curses or
the blur of navy-colored collars.
Young grins didn’t paint the yard
with wisps of pink and blotchy cheeks.
Instead the atmosphere was pale;
The ship quiet.

A sob gathered in the back of his throat
like rainwater
that collected in the center of the deck.
If he closed his eyes he could replace the silence,
with the sound of melodic notes -
Raw strings of rheumatic reeds
accompanied by calloused fingers
on ivory keys -
Jim’s Accordion.
His eyes fluttered open,
But that too had gone down with this ship.

Raising a vessel from the sea didn’t bring ease
to the serpent around his neck.
He continued to search for the
shoeless young students
that stared at the sea like it was
their first love.
Sea foam had them under her spell.
Even in the thick of the thorn laced night,
they clutched her tighter than the beat
within their chests.

A newspaper clipping flickered with the wind in his hand.
"...22 cadets were drowned...
…Thus far only a single body has been recovered."
The Captain stood at the head of his ship,
looking over the silent grave.

The guilty cried out into the storm,
Where did all my children go?

An unearthly cold overtook the boat.
As The Georg Stag rocked against the waves
There was a unison response
from the other side of the deck - 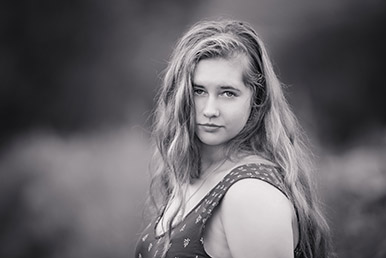 ABBY TYRRELL is a junior at Rockville High School.
She enjoys STEM activities such as learning about space exploration and working with her engineering teacher on construction prints.
Top
©