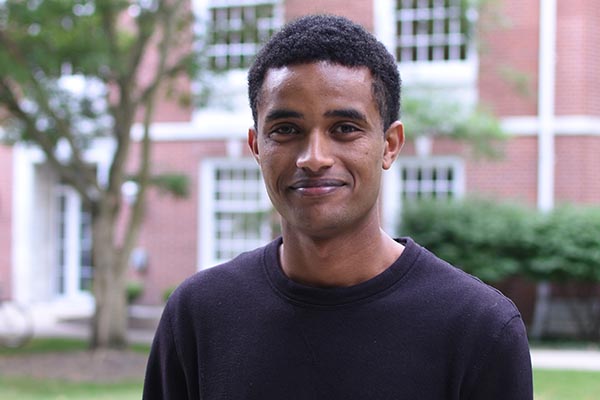 Ermias Assefa ’23, a mathematics major and computer science minor from Addis Ababa, Ethiopia, spent the summer collaborating with Dr. Stephen Harnish, professor of mathematics, and researchers at the University of Toledo on solar cell technology.

“It was quite fascinating because I come from Africa, so solar power is an efficient way to produce electricity there,” said Assefa. “It would be very good if I was able to bring this research back home because we need it there.”

The research is complicated to explain; however, Assefa studied and analyzed computer simulations using a program called VASP, which performs quantum mechanical calculations.

“These computer simulations can be thought of as the digital substitute for building physical models of machines,” said Harnish. “In a way, our work is testing new ideas and designs on a super computer to see how they will perform in different scenarios.”

Assefa has found several resources for mastering the features of VASP. Moving forward, Harnish and Assefa are preparing for a systematic study of band structures for silicon and related materials found in solar cells. Using the VASP software, they’ll be able to predict properties and efficiencies of different materials before they are actually manufactured in a lab to test solar cells.

“He has great work ethic and is fearless in throwing himself into a complex project, making sense of it and then giving clear reports,” said Harnish. “His curiosity, initiative and motivation have made him a delight to mentor and guide.”

The experience will be beneficial to Assefa as he moves forward with his education and career.

“I plan to go to graduate school and would like to study applied mathematics,” said Assefa.

Outside of the internship, Assefa is involved on campus as a ministry assistant. He works in the technical services department of Musselman Library and is a video supervisor in the tech center. 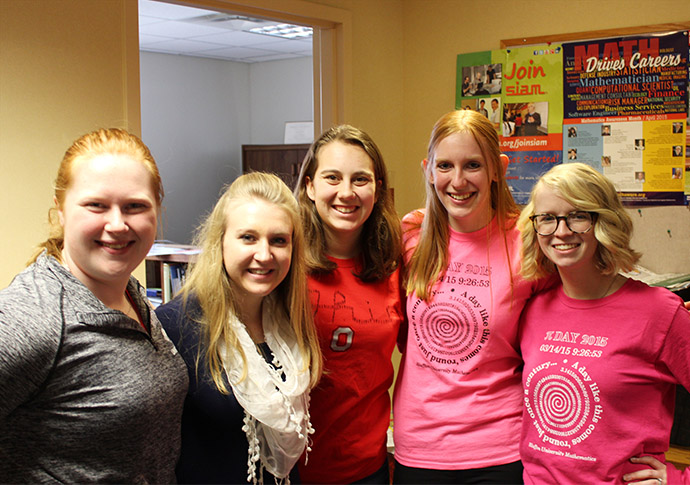 Beyond the classroom, the mathematics department prides itself on building community by gathering for coffee, weekly seminars, Ultimate Frisbee and other annual celebrations.