Creating a fictional diary that mirrored the writings of an African American teenage girl and her everyday life experiences, Tajah Upshaw ’21, a criminal justice major from Lima, Ohio, explored the broad stereotypes she and other women of color have experienced.

The project was completed as part of the Becoming a Scholar class, a specialized course designed to help first-year students transition into deeper, college-level learning. During the class, each student develops a research project that seeks to engage their major and personal interests. However, Upshaw’s project moved beyond a written paper. Instead, she created a book, featuring graphic design elements, illustrations and diary captions to tell a fictionalized version of the stories shared by the women she interviewed.

Her research not only showed a multitude of stereotypes, but also gave rise to equally concerning problems regarding personal expression. “Something I found by interviewing others is that African American women want to find their identity and voice, but if they try to do that it’s so easy for them to come off as aggressive,” she explained.

Upshaw plans to attend either a police academy or the FBI academy upon graduation, with hopes to go into law enforcement or to become a special agent. As a minority woman, Upshaw understands she will face challenges, but she also hopes to bring about positive change through advocacy.

“I believe the system needs more diversity and civil rights based motives and members,” she said. “Too many people are wrongly convicted, minorities are receiving unjust treatment, and families are left without closure. If it’s anything I can help, I want crimes to be solved and justice to be served.”

The Becoming a Scholar project and research was an initial step for Upshaw to spark change in the way people feel, think and act.

“I thought it was important to shed some light on various injustices and inequalities that African American women especially experience,” she said. “Even a small project like this is a start to something that could become bigger, and that could inspire someone else to do something, too.” 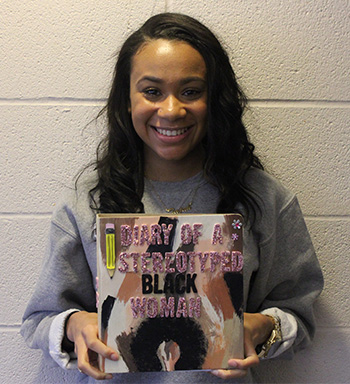 “I thought it was important to shed some light on various injustices and inequalities that African American women especially experience. Even a small project like this is a start to something that could become bigger, and that could inspire someone else to do something, too.”