The identities of J. Denny and Jenny Beaver are a tightly guarded secret at Bluffton University. It is entirely possible for even the best friends, roommates and family members of the students who portray Bluffton’s mascots to have no idea who is actually in the suit. However, another generation of Beavers have concluded their mascot mission and are prepared to tuck away their tails for the next group of eager Beavers. But first, let’s learn about the newly identified Beavers. 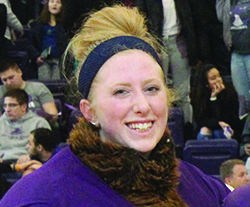 “This is an amazing experience that allows you to really get out of your bubble and share school spirit,” said Carrie Blust ’18, an early childhood education and intervention specialist double major from Sidney, Ohio. Serving as both J. Denny and Jenny as needed, she was involved in several sporting events on campus, Orientation and Discovery Days, an off-campus wedding reception and the Beaver Christmas video.

A former Beaver and friend encouraged her to try out. “She seemed like she had so much fun and I wanted to try something new,” Blust said. “You get to act like a completely different person, or should I say Beaver.”

Her favorite experiences involved working with her fellow Beaver teammates. “We had such an amazing team this year, and we all worked well together, which made the experience a blast,” said Blust.

Younger Beaver fans also provided lasting memories for Blust. “I remember being at one of the baseball games and just dancing around with a little girl,” she said. “It was so much fun to see her having a good time at the game.” 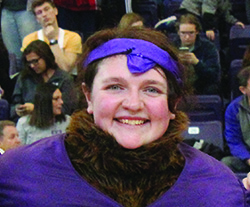 Caitlin Haab ’19, an information technology major from Normal, Ill., found her experience in the suit to be unlike anything she’s ever done before. Seeing the application flyers around campus and receiving an email from another former Beaver, Haab was inspired to become a bigger part of Bluffton’s school spirit.

Haab says being part of the bigger legacy of Bluffton as Jenny Beaver has been one of her fondest adventures.

“It’s truly a once in a lifetime experience, and I honestly had the best year ever. Keeping the secret can be difficult,” she said. “But, in the end, it was the most rewarding experience of my life, and I wouldn’t trade it for the world.” 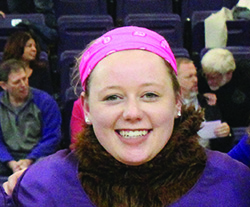 “So many members of my family have attended Bluffton on both sides of my family. As a fourth generation student, being Jenny was an awesome way to further connect with both my family and my school,” said Tessa Short ‘18, business administration and marketing double major from Middlebury, Ind.

Another former Beaver and friend also inspired Short to audition for the role of Jenny Beaver. “It was something I thought would be fun and exciting. I also thought being Jenny was a good way to ‘give back’ to campus.”

Some of Short’s fondest moments include interacting with fellow students and alumni at the games. “I loved having people come up to take pictures with us, especially alumni,” she said. But her favorite part was being able to reveal her secret identity to her roommates and grandparents at the very end.

Short participated in Finals Breakfast, her favorite event, as well as sporting events against some of Bluffton’s top rivals. 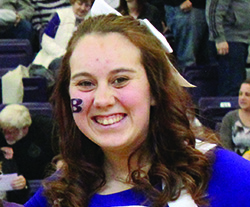 Riley Wilcox ’19, a mathematics major from Killbuck, Ohio, learned about J. Denny and Jenny though her residence assistant (RA) her freshman year. Her RA had kept the guarded secret and been a Beaver, sparking Wilcox’s interest.

“During my sophomore year, I saw the signs saying to apply so I decided to try it out!” said Wilcox.

As an RA for Neufeld Hall and a cheerleader, keeping up with residence life, her friends and sporting events was no easy task. “The hardest part about the whole thing was keeping it from all of my friends and residents,” said Wilcox.

She served as J. Denny during sporting events, the May Day Race, events for Bluffton Elementary and Bluffton High School, as well as a few Beaver videos. She also participated in an impromptu Jazzercise session in the suit, one of her favorite memories.

"Being a Beaver is one of the most fun yet challenging experiences you will ever have. I would definitely recommend trying out and maybe even joining our Beaver Family.” 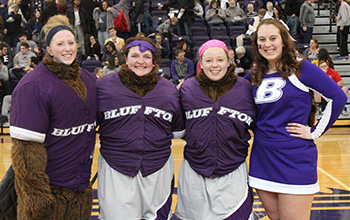