Ringing the chimes and talking ideas with Jeff Gundy

If you know Jeff Gundy, you know he is passionate about American Transcendentalist and British Romantic poetry as well as his frequent biking ventures with family and friends. You also know he is a voracious writer with a remarkable list of poetry, nonfiction and essay publications. But to his students, the professor of English is known for the striking way he begins each class.

“I had this thought one day that it would be nice to have some ceremonial way to start class,” he began. “Usually you come in and people are either chatting with each other or, more often these days, looking at their cell phones.”

With help from his sons and the artisan-oddities of Ten Thousand Villages in Bluffton, Gundy was able to procure a pair of ‘Tingsha’ or Tibetan inspired chimes a little over 10 years ago. And he’s still using them today.

“Monks and priests use them in their meditative practices,” said Gundy. “So that was kind of a nice connection, too; it’s something a little bit quirky to mark the beginning of class and say that now we’re going to try to do this.”

Gundy began teaching at Bluffton University, then Bluffton College, in 1984 after teaching at Hesston College for a short time. In the past, he has taught general education courses and Becoming a Scholar, but now focuses mostly on English writing courses.

He received his bachelors in English from Goshen College and went on to pursue his masters and doctoral degrees through Indiana University in creative writing and American literature respectively.

His love of poetry sparked his freshman year of college after a disheartening dating attempt. “I bought this notebook and started writing in it all my pent up emotions about how unfair it was that my interest in her was not returned,” he joked. “I mean, I got over it pretty quickly and that was all fine, but I kept writing poems.”

From there, Gundy began taking poetry classes and reading as much as he could. Poets such as Walt Whitman, William Blake and Pablo Neruda were instrumental in developing Gundy’s own poetic voice. His poems, creative nonfiction and essays often reference other poems or highlight epigraphs from other poets and key figures.

As Gundy completes his 33rd year, he recognizes the many opportunities that have come his way both in and out of the classroom.

“There have been lot of wonderful students that I’ve had over the years, and that’s a big part about what makes this work rewarding,” he said. “Being able to go sit around in a room and talk with people about books and ideas and poems; somedays still I think that it’s really lucky that I’m able to do this stuff.” 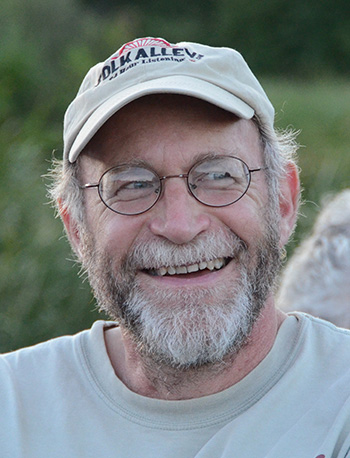 Being able to go sit around in a room and talk with people about books and ideas and poems; somedays still I think that it’s really lucky that I’m able to do this stuff.”