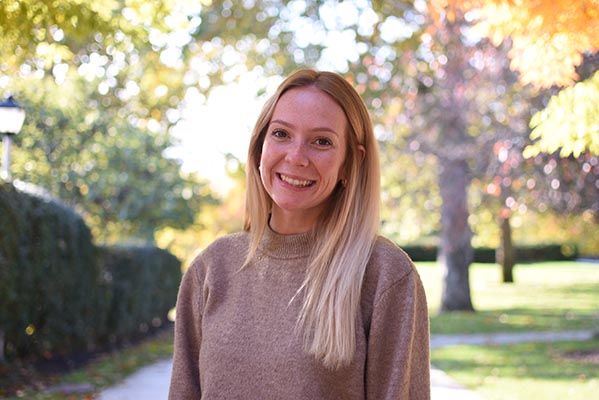 “I have really strong opinions of justice and I like to debate and argue,” said Branson. “Working with the prosecutor this summer really showed me that I would like to go into criminal law or corporate law and fight for the criminal justice system.”

Branson first decided she wanted to be lawyer was in 5th grade when she was involved in a mini debate in her class. Her teacher said that she would be good at it and since then, the idea stuck. The summer internship experience solidified her choice after a previous experience job shadowing.

“When I job shadowed, I sat in the back side of the court,” said Branson. “So, this time I actually sat upfront in the court rooms and sat in on the trials.”

She also took part in preliminary hearings with defense attorneys and met with offenders to take notes on the case.

“It was exciting to put myself in the prosecutor’s shoes,” said Branson. “I tried to think of what I would say or how I would prove my point, and then I envisioned myself as the prosecutor.”

The experience also cemented Branson’s desire to pursue work as a prosecutor rather than as a defense attorney.

Branson is now applying to law school. At Bluffton, Branson is a dual-sport athlete on the women’s golf team in the fall and the swim team in the winter. She is vice president of Student Senate, president of Fellowship of Christian Athletes and a representative for Bluffton’s Student-Athlete Advisory Committee. She is also a hall director for Hirschy Hall and is involved in Delight Ministries.

“When I first heard about Bluffton, it was for golf. But when I met with professors, I realized that Bluffton was exactly where I needed to go to get one on one attention,” said Branson. “My choice is definitely helping me out now because my letters of recommendations are fantastic, and I have so much on my resume because of the opportunities at Bluffton.”