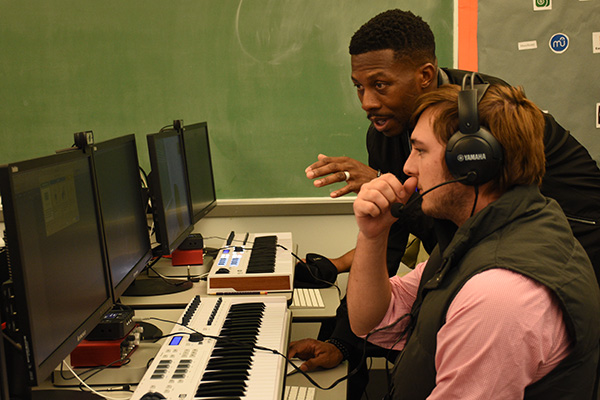 Mac mini computers, keyboards and various programs will be used to create anything from written scores to electronic dance music.

During a live demonstration on how to compose a song digitally, Grammy nominated singer, songwriter and producer Kendall Nesbitt highlighted the vast capabilities of Bluffton University’s new digital music lab, which opened Oct. 25 in Mosiman Hall.

“We’re really excited about this lab. It’s not something every school has,” said Dr. Crystal Sellers Battle, chair of the music department. “This is a way for Bluffton to differentiate itself.”

The lab features Mac mini computers, keyboards and various programs to create anything from written scores to electronic dance music. The software programs include Logic Pro, Sibelius, Finale and Ableton Live. Nesbitt says it’s much of the same equipment and software he uses in his studio.

“I’m excited that Bluffton University has the vision to incorporate this into their music program, to think outside of the box and to bring technology into their classical program,” said Nesbitt, of Chicago. “They’re on the cutting edge, and they’re introducing students to skills they absolutely can use professionally.”

Nesbitt also worked with students throughout the day, getting them acclimated to the new technology and equipment.

“I’m super excited to make my own sound,” said Evan Burden, a sophomore music education major from Sidney, Ohio. “I’ve never done this before, so Kendall showed me how to pick the instruments, lay down beats and sync everything together.”

While the new lab will certainly benefit music majors, students from a variety of programs will have the opportunity to use the equipment.

“This lab is the culmination of my goal to bring music to all students on campus, not just those who have a classical background,” said Sellers Battle. “This lab gives students who are already creating beats in their room or on their phones, a way to develop their skills in a more professional way.” 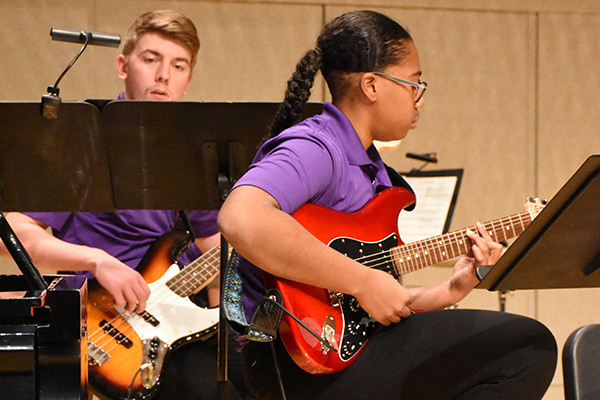