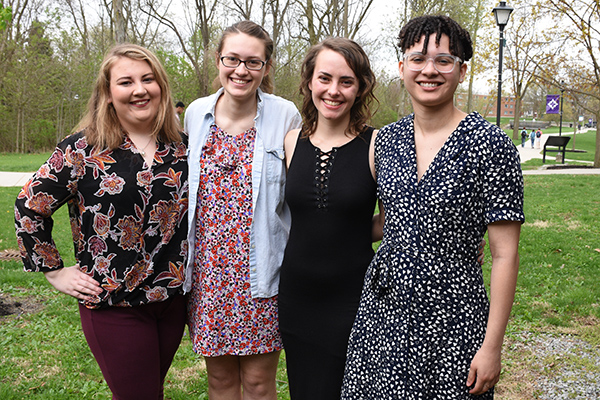 Bluffton University recognized many of its top students for their academic achievements at the annual Academic Awards and Honors Forum on April 23.

Thirty-two seniors were honored as distinguished scholars in their respective academic areas.

Other awards went to:

Student-scholars have many opportunities to challenge themselves beyond the classroom while at Bluffton.