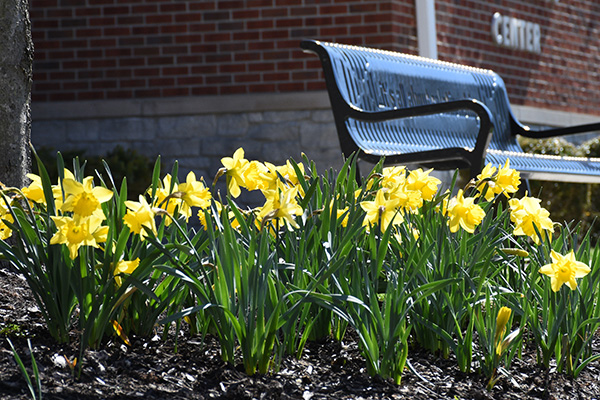 Conklin’s speech, “Water Access as Inequality: A Vision for Justice and Healing,”explored how the global water crisis uniquely and disproportionality impacts women and girls. Issues of water and sanitation access create barriers to women’s educational and economic success and pose threats to women’s safety internationally. In this sense, water issues actually stand in the way of peace, justice and equality on a global scale. As Christian peacemakers, Conklin outlined tangible steps we can take as individuals and in our local communities to work toward clean water and sanitation access for all.

Conklin earned $175 and will compete against winning students from other North American Mennonite colleges during the bi-national competition.

Kiera Suffel ’19, a communication major and psychology minor from Edgerton, Ohio, came in second and examined how the church can be more supportive for struggling married couples.

Zachary Lykins ’21, a communication major and Bible and theology minor from Pickerington, Ohio, discussed Christian persecution and how we can support those who are persecuted and have no voice.

This contest is administered on Bluffton’s campus by the communication and theatre department. Dr. Gerald Mast, professor of communication, has taken the lead for 23 years.

Winners of the peace oratorical contest at Bluffton University have frequently won prizes at the intercollegiate level including the 2015 bi-national winner, Emily Huxman ’17, from Waterloo, Ontario, and Rebecca Starn ’18, of Findlay, Ohio, who placed third at the bi-national competition in 2016.