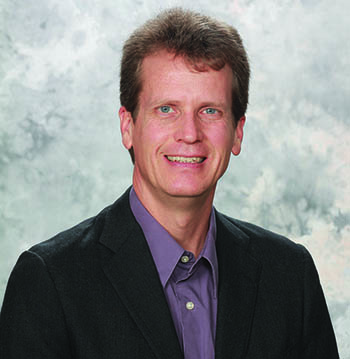 What’s the best piece of advice you’ve ever received?
I don't remember who told me this, or even how it was originally phrased, but the short version is: "There's always someone better than you." That is, you might be very good at math, or sports, or music, or even just good-looking, but you are almost certainly not the best. The cynical take on that advice might be to say, "If that is so, then why bother?" But I took it as a reminder to be humble, and to keep working hard, even when I think I might be pretty good already.

What memorable moment in your life shaped who you are today?
That "moment" extended over many years of college and graduate school: While I was a student at Bluffton, I spent three summers as an intern in the actuarial department at Mennonite Mutual Aid (now Everence). The internship led me to apply to graduate school in statistics (thinking I would later return to a career as an actuary), but while at Purdue, I realized that I felt called to teaching rather than insurance. That led me back to Bluffton in 1992.

What new interest(s) are you pursuing?
More a new role than a new interest: My first son left for college this fall, so I am adjusting to having only one child in the house. Within a few years, he'll be off to college, too.

If you could sit down and chat with anyone—living or dead—for an hour,
who would it be and why?
How can I pick just one? I remember this question coming up during my first-year orientation at Bluffton (in 1984), and my answer then was "Gandhi." That's still a good answer, but depending on my mood, I might want to talk to Stephen Hawking, or Albert Einstein, or any of a number of famous mathematicians. Or (more personally) my father, who passed away in 2001. Or Jesus Christ … although "chatting" with Jesus is an odd thought!