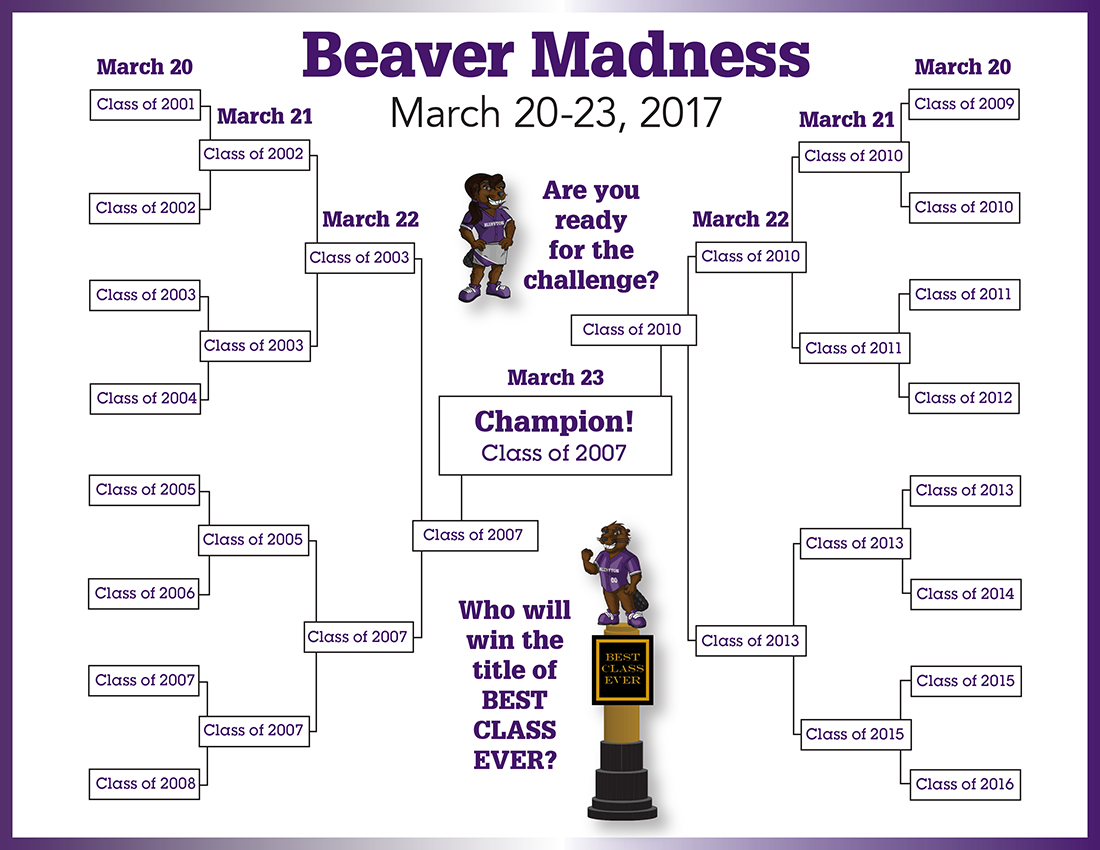 Beaver Madness was a four-day class giving challenge for Bluffton’s young alumni (classes 2001-2016.) The bracket-style challenge began Monday, March 20, and concluded at midnight Thursday, March 23. The class with the most alumni donors (and student thank you Tweets) at the end of each round advanced.

Your participation matters! Each and every gift to Bluffton is important and makes a difference. Give today!

Will your class advance to the next round? Make a gift each day to help your class get ahead of the game!

While the contest focuses on participation, all gifts will be doubled by the Bluffton University Alumni Association.

Give online through GiveCampus.

Get your friends involved! Create your own challenge on GiveCampus. Share #blufftonUthx on social media, and THANK YOU!

Be the Best. Class. Ever.