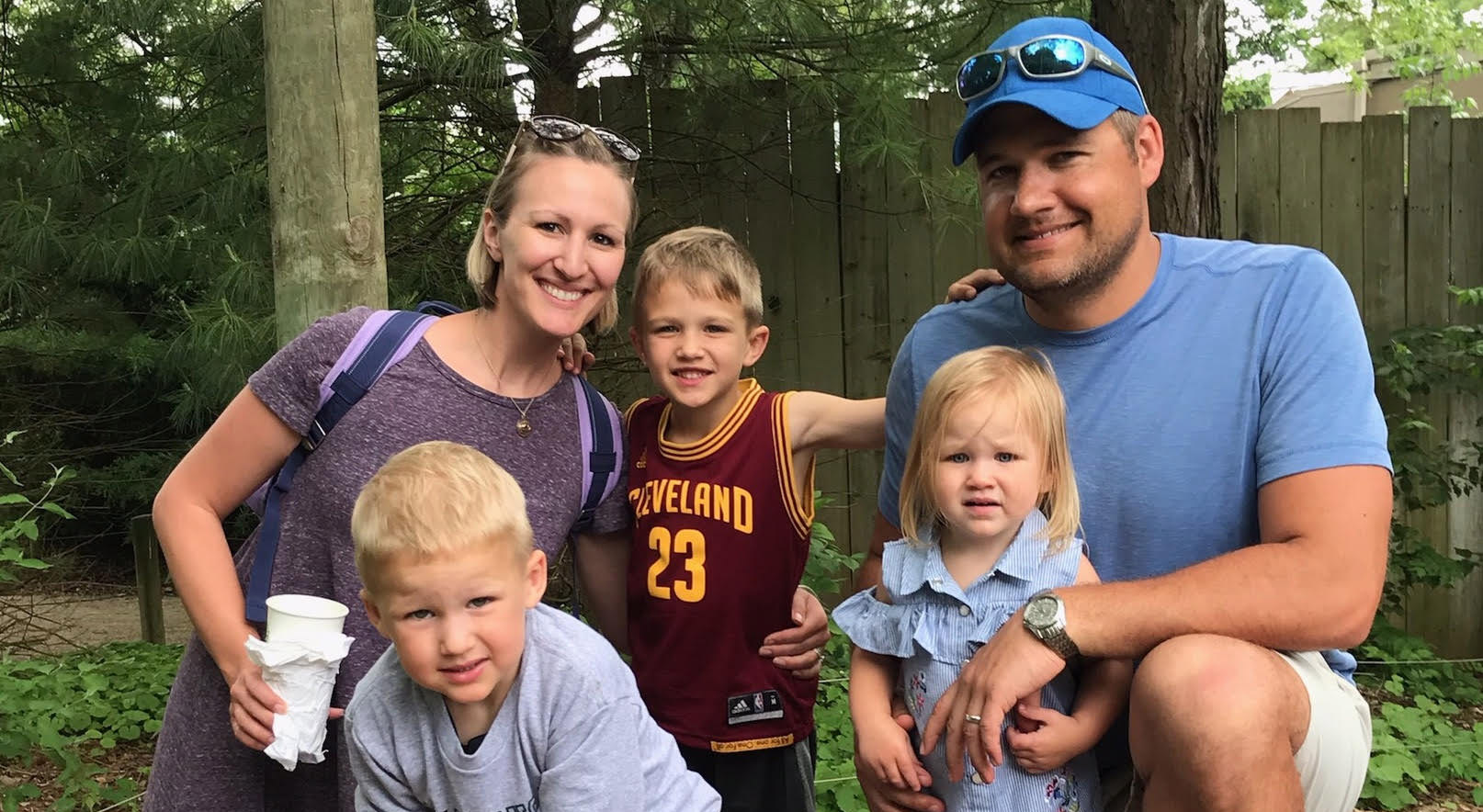 Even though they have three young children and Chelsea is still paying off a few student loans, young alumni Jeremy “Bud” ’07 and Chelsea (Moorhead ’08) Haselman give to Bluffton University because of one key word—momentum.

Chelsea, a registered dietitian and diabetes care educator, is excited about the new nursing major and the upcoming Austin E. Knowlton Science Center.

“Bluffton is growing and we want to do our part to help the school grow and improve,” she explained.

Bud, a financial advisor at Northwestern Mutual, says he feels “part of the bigger picture” as a member of Bluffton’s President’s Society. He joined right after graduating, and the couple stay involved on campus through the connections made as donors. “You feel committed and empowered when you give,” said Haselman. “You can look back and know you only did $25 a month at first, but when you see it all add up, you realize that it wasn’t painful at all.”

As a high school senior, Haselman contemplated going to a bigger state school. However, the ability to play college football combined with academic scholarships put Bluffton at the top of his list. Chelsea played basketball and also earned academic scholarships. They both became heavily involved on campus including residence life and spiritual life opportunities. They give back as a way of thanking the donors who made their Bluffton educations possible.

“Scholarships were a big part of the reason both of us were prone to coming to Bluffton,” said Bud.

“We know that because of someone else's generosity, scholarship opportunities were made available,” Chelsea added.

The couple also found a simple way to increase their giving level. Bud’s employer offers a matching contribution, which effectively doubles the amount they are able to give to Bluffton.

As a financial advisor, Bud also helps others take advantage of employer-matching programs. Many companies offer the incentive, but employees often don’t realize they have the opportunity.

“If your company offers a match, why wouldn’t you do it,” said Bud. “To me, it was a no-brainer.”

Chelsea added, “It’s almost just money waiting to be tapped into for a better purpose.”

Now, the couple is raising their three children just outside of Bluffton. They enjoy being close to the university to watch games and see the progress first hand. Bud often meets with fellow Bluffton graduates through his work, and Chelsea enjoys the opportunity to mentor post-graduate dietetics students who are enrolled in the Bluffton ISPP dietetic intern program.

Bud’s employer offers a matching contribution, which effectively doubles the amount they are able to give to Bluffton.

"To me it was a no-brainer.