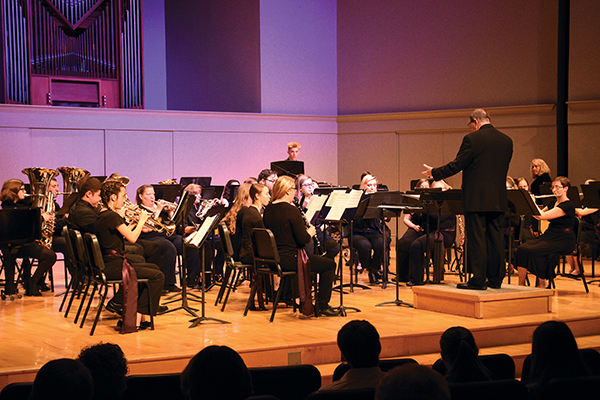 Under the direction of Dr. Roy Couch, assistant professor of music, the concert band will perform pieces featuring reference to diversity in American culture and a global perspective on peace.

Bluffton’s Concert Band will perform “And in the End It was Earth” and “Keepers of the Fire,” both of which pay homage to Native American heritage. “Fantasy on an African-American Spiritual (My Lord, What a Morning!)” and “Danzon” by Leonard Bernstein acknowledge African American and Hispanic heritages.

The concert also includes “The Heart’s Reflection,” which is based on Proverbs 27, “There is a Balm in Gilead” and an arrangement of “Let There Be Peace,” which share the theme of unity and spirituality. “Earthdance” celebrates the natural rhythms and energy of our planet.