We Are Beavers All 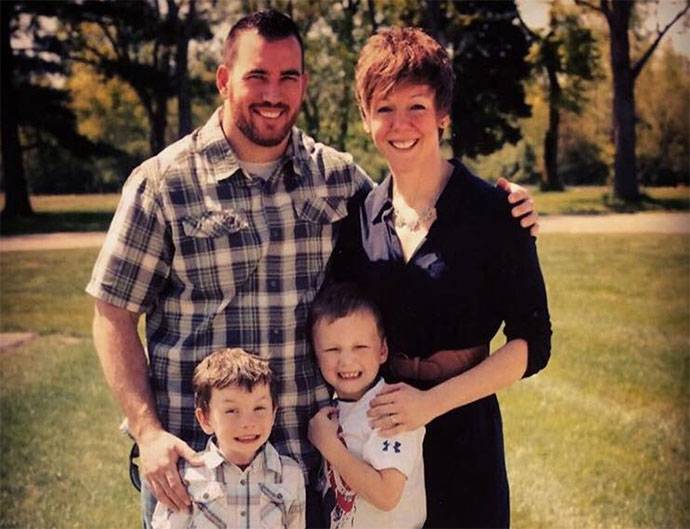 The Bluffton University football team will collect new Lego bricks and sets during their Sept. 29 home game against Mount St. Joseph. The game is scheduled to begin at 1:30 p.m. in Salzman Stadium. Collection boxes will be located at the stadium’s front entrance.

The collection will honor the legacy of Cainan Craun, the 7-year-old son of Patrick ’05 and Gina (Berelsman ’06) Craun, who died in January from a brain tumor. The Craun’s, along with their 6-year-old son Gideon, will serve as honorary team captains during the game.

“Cainan loved to do Legos. We did them a lot when he was in the hospital. It’s funny how something as simple as a Legos set could be so much fun and bring us closer together as a family.”

Cainan was originally diagnosed with an aggressive form of Leukemia in 2013 and underwent a bone marrow transplant. His donor was his younger brother, Gideon, who was only 11 months old at the time. Seventeen months later it was discovered Cainan had relapsed. In 2015, he was the third child at Cincinnati Children’s Hospital to receive a brand new trial treatment and again beat leukemia. In August 2017, the family discovered Cainan had a level 4 glioblastoma brain tumor. He braved surgery to remove the tumor, loss the use of his right side, and completed many therapies and procedures, which his family says he did with strength and a smile.

Now, the family collects Legos and donates them to the hospitals they frequented with Cainan including Dayton Children’s and Cincinnati Children’s hospitals. The Lego-collection idea came about when Cainan’s parents wrote an emotional social media post after completing a Lego set with Cainan urging families to turn off electronics and spend quality time together. A friend shared the post and added #CainansPurpose. Soon other families were sharing their own posts and pictures with Lego sets completed as a family using the hashtag.

“Cainan loved to do Legos. We did them a lot when he was in the hospital,” explained Patrick Craun. “His favorite set was a really large Lego Jurassic World set. It was well over a thousand pieces. We worked on it for a couple of days, and he was super proud of it. It’s funny how something as simple as a Legos set could be so much fun and bring us closer together as a family.”

The Craun’s live in Dayton, Ohio. Gina is a teacher at Beavercreek High School. She was an art education major and played soccer at Bluffton. Patrick works with the city of Trotwood. He was an outside linebacker and served as a team captain with the 2004 Beaver football team.