Bluffton University has named Adam Craig as head golf coach. Craig will be responsible for setting up the men’s and women’s program as well as recruiting during the 2016-17 academic year with team competition to begin the following year.

“I am very excited and honored to have the opportunity to get the Beavers back on the golf course. I would like to thank President James Harder and Athletic Director Phill Talavinia for giving me this amazing opportunity,” said Craig. “Bluffton University’s mission gives me great hope that this is the beginning of something great at Bluffton. I cannot wait to become part of the Bluffton family!”

For the past three years, Craig has been the assistant director of golf at the University of Findlay. In each of those years, the women’s team competed at the NCAA DII National Championship.

Prior to coaching collegiately, Craig was the assistant professional at the Findlay Country Club for four years. He was a four-year letter winner at the University of Findlay and was part of the 2007 squad which won the GLIAC championship. He was named honorable mention all-conference during the 2005-06 season.

Craig currently serves on the board of the Toledo Chapter PGA as treasurer. He has many top-25 finishes in Northern Ohio PGA events and placed in the top-10 in the 2012 Assistants Championship.

The 2017-18 academic year will be the first for golf as a sport at Bluffton since the previous program was discontinued at the end of the 2003-04 academic year. The Bluffton Golf Course will be the university’s home course.

Bluffton is a NCAA Division III school, and the Beavers are part of the Heartland Collegiate Athletic Conference. With Bluffton’s addition of golf, every school in the HCAC will offer the sport. 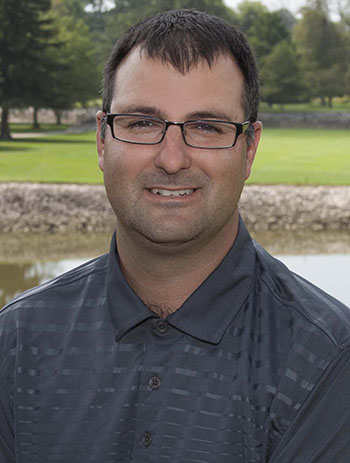