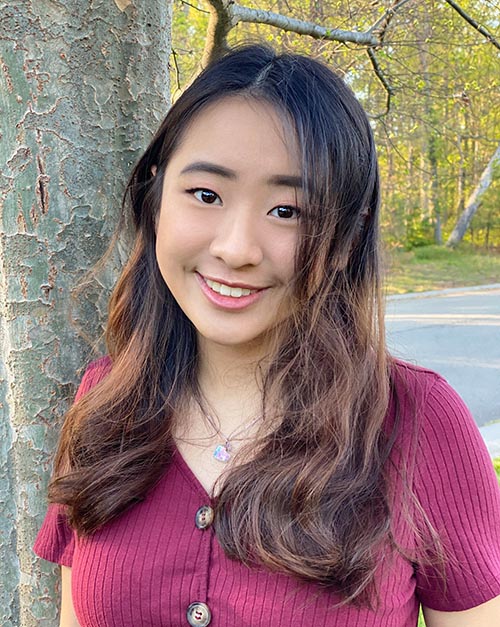 Minnie Zhang is a Chinese-American writer and a rising freshman at Brown University. Her work is published and/or forthcoming in The Lindenwood Review, Ephimiliar Journal, and The Best Teen Writing of 2020. She was born in 2002 and raised in Richmond, Virginia.

After “California” by Raphael Campo

I used to dream of California, so vividly I could
practically taste the sunlight seeping through my two

front teeth. I used to pinch my neck at night so I could fall asleep with a
heartbeat throbbing like a restless ocean swell. I used to dream that I

would drive up on 95, the windows down and my
hopes gleefully high. This was back before I could drive, before I

learned how to shift the gears in my father’s Honda Civic,
before I knew how to call myself lucky. This was back when

I still cared what my ex-boyfriend thought, when I still kept an inventory
of the clothes I would take to California someday. I used to say he took my

innocence, but truth is, he felt like nothing. The truth they don’t tell girls is
that innocence has never been about flesh, or faith, but how much you can

forgive a hometown. In Richmond, I watched the stories my mother used
to cry over in newspapers unfold before my eyes. In Richmond, we entrenched

our guilt in bronze and called them tributes, stacked them along a row of
avenues downtown. Here, I learned how much nothing a no means when

boys are half drunk and too eager. That’s when I stopped dreaming of
California, when I learned that nightmares still follow you on the

road, keep you praying in sick ways at night. Packing my suitcase,
I tuck the truths I know next to my underwear.

Before I leave, my boyfriend reminds me that there are coyotes prowling
California highways. I tell him I am going anyways. I am guilty, I am foreign.

I tell him, I will never forgive this city. I tell him, someone must always remember;
we don’t have to etch our Boys in stone to raise them Proudly.