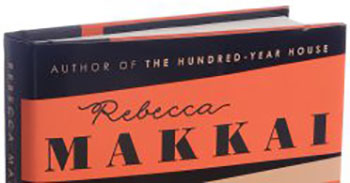 The November Story, by Rebecca Makkai, is a wonderful example of conflict between characters with opposing goals/values. In this story, the MC seeks satisfaction through her job on a reality TV show, while her significant other wants to settle down and live in the real world. Here’s a link to a full PDF of the story: The November Story

For this writing exercise, you’ll be focusing on the development of conflict in a work of new short fiction. Your goals will be to figure out what your character wants, what is stopping them from getting what they want, and how that character reacts to their obstacles, essentially making room for more conflicts to arise.

Prompt 1:
Imagine your character. What is it they want? If you already have a story in mind, feel free to use these prompt as revision exercises. Examine their goal for the day, the story, their life—it can be something as simple as finding their runaway dog, to seeking revenge on the king who killed their father. Take a minute or two to roll through possible motives you want to give to your character and then settle on a central drive. A character’s motivation is what drives a story forward and gives leave for obstacles to get in the way. Got a motivation in mind? Great, now let’s make it more complicated.

Prompt 2:
Now give your character a reason why they can’t get what they want. Often this means an actual person stands in their way or opposes your character’s actions or morals. Sometimes there simply exists unfortunate circumstances that complicate the reaching of their goal. Here’s a good example from The November Story that demonstrates direct conflict between the main characters.

"What’s wrong with it if we help two people find love?” … I don’t know what I’m hoping for—a friendly debate, maybe. I hope for us to stay up another two hours, talking and eating on the couch like we used to.

But she just stares at me. “Because you can’t tell people how to feel,” she finally says.

There’s a lot going on in this quick exchange, but the main point here is that each character reflects a different set of values/morals. Differing moral codes is a sure-fire way to spark some nasty conflict between individuals! So take a few minutes and imagine possible ways to stop your character from succeeding. Is there someone who wants to stop them? Are they morally conflicted? Did they fall down the stairs and now can’t go to the prom with the person they have a crush on? The possibilities are endless.

Prompt 3:
Now that you have your character’s motivation and obstacles, here’s what to do next. Give them some more. Take five minutes to come up with at least six obstacles total that separate your character from what they want and be merciless. Because this is an exercise, feel free to get over-the-top—go big or go home! Conflict is interesting, therefore, the more opportunities for conflict that you can generate, the better off you’ll be. Obviously you don’t need to use each and every conflict you come up with in your final story, but brainstorming things like this are helpful for moving your plot and character development forward.

Prompt 4:
The final part of this exercise lies in your character. Pick three of your favorite obstacles you’ve just written down, and write the ways in which your character deals with them. How someone goes about solving a problem says a lot about their personality and adds to character development, shaping the essence of the character you’re creating opportunity for some hard decisions they’ll have to make in their personal journey. Take as much time as you need, but remember: just keep writing!